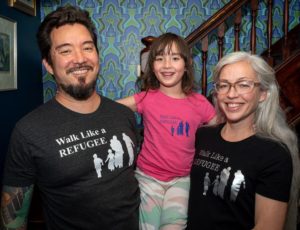 Every day, people in countries ravaged by war and disaster leave their homes, and never go back. Many walk for days or weeks in search of safety.

Walk Like a Refugee recreates that experience on a small scale — a family of three walking out of their house in downtown Toronto, and approximately 135 km to Niagara Falls. We do this on a semi-annual basis to show solidarity with, and to raise awareness about, the world’s approximately 70 million displaced people, 25 million of whom are refugees – and most important, to raise funds to bring some of these people to Canada through the Private Sponsorship of Refugees Program.

To date we have raised more than $60,000 from the official walk and more than $100,000 when those funds are combined with all of our past fundraising initiatives including other group projects. These funds have gone towards the following sponsorships:

Our current fundraising efforts are for the private sponsorship of a family of five from the Democratic Republic of Congo who are currently living in a refugee camp in Uganda. As we could not do the walk last year due to the COVID-10 pandemic, we held a 24-hour fundraising telethon instead.

How your funds are used

The cost of private sponsor ship is the cost of settling a newcomer in Canada over 12 months after their arrival. These costs include but are not limited to: 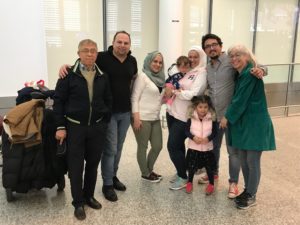 Necessity is the mother…

The walk started in 2016 out of desperation. We needed to raise some funds fast, and we needed an idea that would get some attention.

In September 2015, a picture of 3-year-old Alan Kurdi lying dead on a beach in Turkey galvanized the world into action. The sight of that little boy, who was displaced from his home in Syria, and who drowned as his family tried to get him to safety broke hearts and moved thousands of people into action. Canadians across the country started private sponsorship groups. Supporters donated money, and household goods. We talked about refugees and how to help them.

Our family joined forces with some friends, neighbours, and strangers (at the time) and raised funds to sponsor a family from Syria — also strangers to us at the time and with whom we were matched by the United Church — through the Canadian private refugee sponsorship program. Amir, Nour, and Sally arrived in Toronto in July 2016 and have since become part of our family (and are now a family of four).

We then decided to sponsor two of their family members, Ghaith and Mais, who were stuck in the United Arab Emirates. Their work permits had been revoked and they were facing deportation back to Syria, where one of their family members had been tortured to death for speaking out against the regime. We were their only hope and we had to raise enough money to sponsor them. The problem? We needed a new idea and a way to get some attention. Walk Like a Refugee was born. We raised the required funds for their sponsorship and settlement over two walks. And they joined their family members in Toronto a few months later.

Well, once we got a taste of Nour’s cooking the life changing joy and satisfaction of saving lives there was no going back. We were hooked. 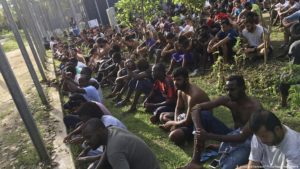 In 2018 we walked and raised funds for the lost boys of Manus Island. These men are among the hundreds of people who left their home countries in search of safety, took boats to Australia, and instead of finding welcome were imprisoned by the government. A human rights atrocity of monumental proportions, Australia has been detaining innocent people in their “offshore processing centres” since 2013. Several groups have been working to get them into third countries and we donated our walk funds to the private sponsorships of two Manus men. 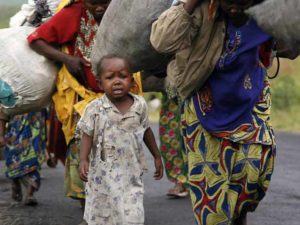 The family from the Congo

That brings us up to now. We are still raising funds for  required by the government for the sponsorship for our Congolese friends. We are close. Can you help us get there? Donate here. (picture is not of actual family as we need to protect their identity) 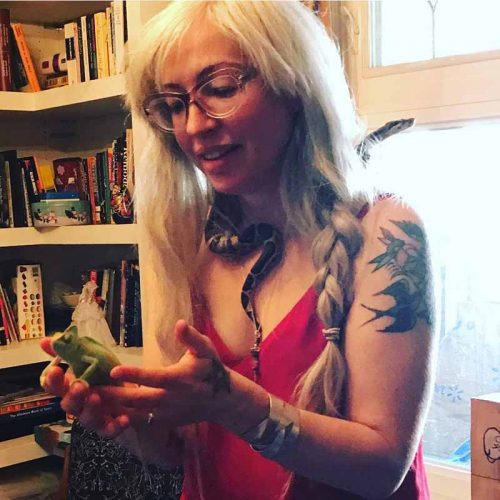 Elizabeth Bromstein is a marketer who basically fell into a humanitarian hole and now spend her “free” time raising awareness about refugee causes. Elizabeth is a regular volunteer at Matthew House, a shelter system for asylum seekers in the GTA. The first time she walked from Toronto to Niagara Falls her toenail fell off. 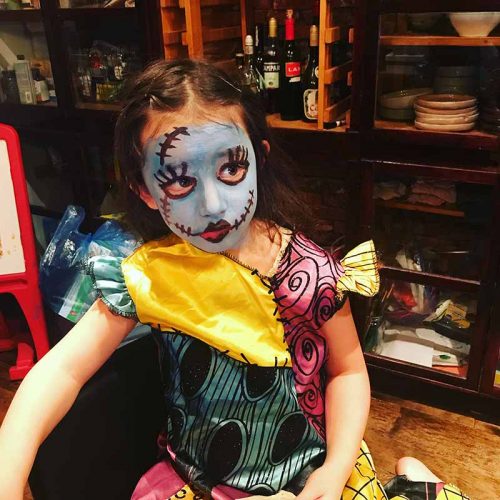 Kismet Jager is 7 years old. She is into princesses, reptiles, and butterflies. Her motto is “no dog left unpet” and she upholds this credo with fierce determination while on our walks, which holds us up a bit but makes us all a lot of new friends. 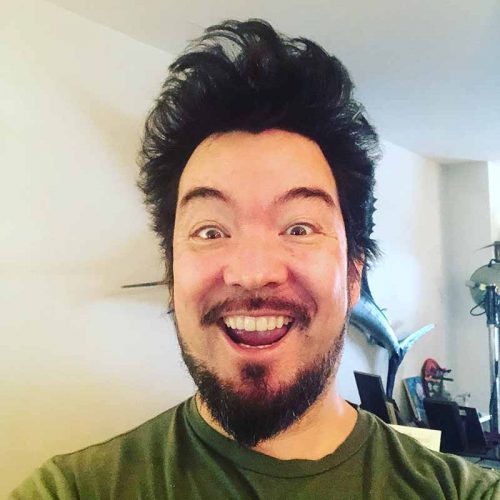 David Jager is a pianist, crooner, U of T PhD candidate, writer and playwright, music teacher, and composer of rock musicals. His Dutch grandfather saved a lot of Jewish children during WWII, and he’s doing his best to carry the torch by helping those who need it.